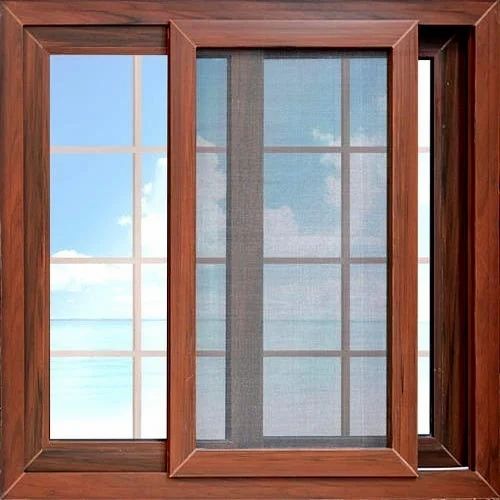 The main feature of sliding windows (and at the same time their main difference from the classical design we are accustomed to) is the way of opening the sash. It does not open by turning, but by displacement parallel to the frame. This provides a number of significant advantages, especially when it comes to small spaces. Often, many dwellings cannot boast of an abundance of free space, and one-room standard apartments, as a rule, are small and cramped by definition. When installing a sliding structure in such a room, the user will feel a clear plus in that the window can be opened, for example, with only one hand, and there is no need for space for the rotating sash.
Thanks to this design feature, many pleasant possibilities arise. In particular, a good owner will always be able to figure out how to use the vacated window sill – the swing sash will no longer interfere.
As already mentioned, sliding windows are a relative novelty for our country. But as for Western countries, there this design has long and firmly won its position on the market – the long years of using this mechanism in Europe made it possible to fully clarify all its advantages, disadvantages, and features in use. We can only summarize this experience and draw useful conclusions. Consider the types of sliding windows that modern manufacturers offer us.
First of all, windows are divided into “warm” and “cold”. As for the first type, its task is to protect against the raging elements – rain, wind and snow in the cold season. As a rule, aluminum is used for such structures. This variety has found its application for the glazing of balconies, loggias, summer verandas and pavilions, therefore, it cannot be unambiguously considered for houses and apartments.
As for the “warm” version, the profile structures of this category are characterized by a very high degree of tightness – they require a material such as plastic or wood. Previously, aluminum was not used for the production of “warm” structures, but technical progress does not stand still, and now new models have appeared on the market, equipped with special thermal inserts and reinforced sash thickness.
Now let’s look at the types of mechanisms. Structurally, sliding windows can be divided into three main categories of systems:
As for the systems of the parallel-sliding type, this solution can be safely called classic. The sashes move along the guides horizontally along the window opening. Both in the closed state and in the open one, the movable and adjoining part of the plastic frame are held in the space allotted for them – according to the same principle by which sliding wardrobes are arranged.
The swing-and-slide system has a lot in common with the parallel-sliding system, but there is still a significant difference – the rotation of the movable part of the window frame to fit it into the seat. To open such a window, you first need to flip the sash and push it “towards yourself”, after which it will stand on the guide chute, and then smoothly “go around” the window profile and move horizontally.
The system is very reminiscent of the opening doors of the Ikarus buses (by the way, you can often hear how specialists call this structure among themselves). This system has several indisputable advantages: firstly, it provides excellent tightness around the entire perimeter of the window, and secondly, you can open the windows in the upper part for ventilation. The functionality is obvious.
Well, the third option is the so-called “English window” (vertically sliding system). This design is still exotic for our country, although recently it has been gaining popularity among owners of country houses. The essence of this mechanism is simple. The window frame consists, in fact, of two, which are located parallel to each other in the same plane. The lower part is a movable sash that moves up along the guides and can rise to the height of the window opening, “clinging” to the upper part. At the same time, the upper sash remains stationary.
“English window” is a very interesting design that deserves special attention due to its undoubtedly useful qualities. The fact is that these lift-and-slide windows have gained popularity in country houses for a number of reasons: they have a reputation for being the most resistant to burglary, they withstand the most extreme weather conditions (heavy rain showers, gusts of wind, severe snowfalls), are not subject to freezing, they are not distortions or swelling of the wall beams are terrible, they perfectly tolerate temperature drops or the formation of condensation. Experts with good reason consider these windows to be the most reliable.
Often, English windows are arranged on the upper floors of country cottages, in attic buildings, in guest houses.
If a fundamental decision is made to install sliding windows in an apartment or a country house, then the owner will inevitably face the question of price. Of course, in the modern market there are a lot of price solutions to this issue. Let’s try to briefly figure out what the price of a sliding system depends on.
First of all, it is, of course, the glazing area. The second factor will be the type of construction that the purchaser has chosen for his home – this will be one of the three options described above, as well as the choice of material. But there is one more important issue – the forces that will be used for the installation. These can be invited specialists, but installation on your own is also possible. Of course, the second path will have a major impact on the cost of the entire project.